The Greatest Landmarks To See When You Move To Seattle, Washington

The city of Seattle is filled with landmarks, both well-known and less well-known. Some of them are major tourist attractions, while others are historic sites that have been designated as landmarks. The city is decorated with several breathtaking landmarks, from the Space Needle and Pike Place Market to historic monuments from the city’s past.

The large city in Washington State has transformed from being a basic port and industrial landscape to becoming an astonishing destination. It is a dynamic city at the frontier of innovation, driven in large part by the thriving economy.

In Seattle, you’ll notice that there are many espresso bars on almost every corner, a testimony to Seattle’s culture and easygoing lifestyles. Attractions such as the Great Ferris Wheel and recreational spaces like boat tours, boat docks, and ferry docks are located at the city’s waterfront and piers, a popular tourist destination.

The city also boasts a magnificent mountain backdrop: to the east stands Mount Rainier National Park, rising above the Cascades. In the west,  Olympic National Park’s partly snow-capped peaks rise above the clouds. Visiting Seattle at the right time depends on what type of experience you want. Most people from out of town visit the city during the summer months.

While Seattle is worth exploring over a couple of days, in addition to the city’s parks, beaches, and attractions, there are many day trips from Seattle. A must-see in Olympic National Park, the Hoh Rain Forest exudes nature-lovers romance with moss-laden trees and winding trails.

Here are a few landmarks that are worthy of note:

There’s no way you can miss the Space Needle when visiting Seattle. The Seattle Center, where the Space Needle resides, was also built for the 1962 World’s Fair and has a few other landmarks to see.

In the heart of downtown Seattle, Pike Place Market is an iconic attraction. The market was opened in 1907 and has just kept trucking ever since. It is one of America’s oldest continuously operated markets. It is a landmark like none other. You can eat and shop to your hearts’ content.

This large park is similar to Seattle Center in that it has several landmarks that are worth visiting. There is the 1912 glass conservatory constructed to resemble the Crystal Palace in London. As a national historic landmark and Seattle landmark, the Seattle Asian Art Museum (SAAM) is also located in the park.

In 1933, the Seattle Art Museum constructed this Art Deco-style building, which housed the museum’s main collection until 1991.

A landmark, Hiram M. Chittenden Locks in Ballard, or Ballard Locks, offers visitors a glimpse into the maritime traffic surrounding Seattle. The locks are a fun place to visit, as well as a place to learn about the history of the region. Besides allowing boats to move from saltwater to freshwater, the lock system compensates for the elevation difference between the two lakes. 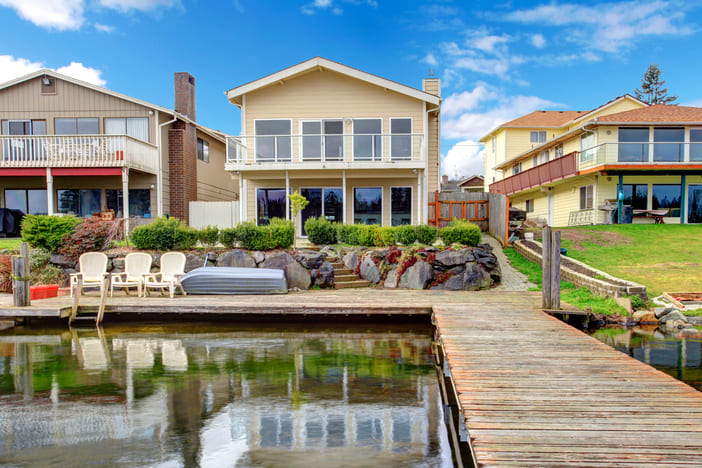 What Is The Difference Between Homes In Lacey, WA and Kirkland WA?